A record quarter for solar as solar installers installed 500 MW on Australian rooftops (2000 MW annualised).  At this rate we can get the country to 100% renewables within a reasonable time-frame. The current install rate of 2000 MW per year would give us 27,000 MW of rooftop PV by 2030 (including 7 GW already installed). What we actually need is 45 GW of rooftop solar, so just twice the rate that we are currently installing for a full blown solution to our climate and energy woes. For PV to be the major contributor to a renewable energy future we will need 90 GW of solar on the grid and it makes sense that 45 GW of that would be on rooftops and 45 GW would be from solar farms.

90 GW? That's a lot of panels!! you might say. Based on the world's most efficient panel the Sunpower 400 W, which we supply as we believe 400 W panels will be common in the solar industry over the next few years even with the cheaper panel brands (commodity UNSW Mono PERC technology will be produced at 360-370 W by the end of 2019). So from this we can see that 90 GW of Solar would require 225 million panels.  Those panels will cost on average $120 in today's dollars so that's a $27 billion dollar investment in panels ahead of us.

Is it possible? How can we integrate 45 GW (or even up to 60 GW) of panels on rooftops in the distribution grid? Well we do this with grid export limiting.   A house with a 30 kW system would have an inverter that limits the systems exports to 10 kW out to the grid (the grid operator would be able to also signal to the inverter to lift the limt when there is insufficient economic supply from elsewhere). 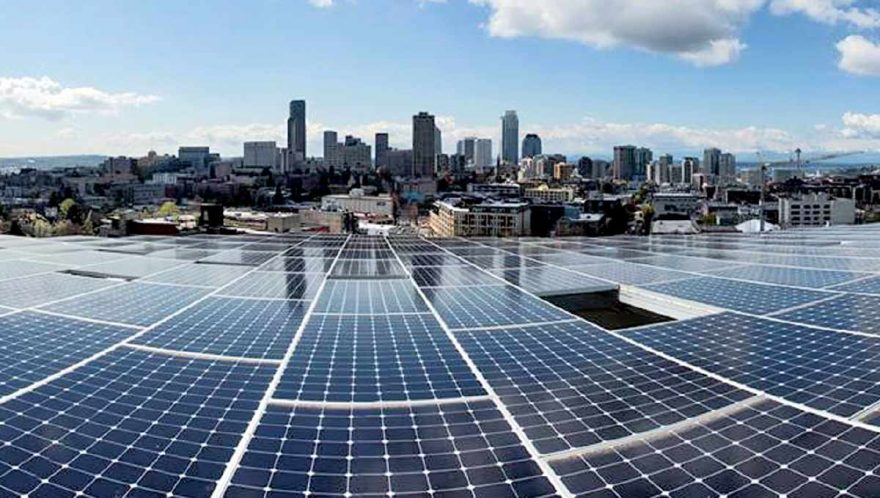 What would that mean for production? Well if you have a 20 kW system on a 10 kW connection to the grid you could lose up to 13% of your output in somewhere like Melbourne and bigger systems would result in larger loss of overall production if they aren't coupled with enough on-site usage. However with the shift to battery storage and electric vehicles much of that 30% of system production that must be used behind the meter will be gobbled up. Battery storage could even drop from $200/kWh today to $20/kWh in the future - Tesla currently seems to be shooting for a short to medium-term price drop from $200/kWh to $100/kWh and there is no reason why $100/kWh is the bottom when it comes to battery cell prices.

Exciting times, let's keep the rooftop revolution going. Installing 500 MW of solar in a quarter is a serious milestone and if we could double that we'll be well on the way to a serious solution to climate change while solving our energy security problems.

EV tax as bad as choosing future for the fax machine ahead of email
How heat pumps can save over half of Australia's annual electricity generation or 127 TWh
Solar accounting 101: How to estimate the annual credit/deficit for your power bill, for a given solar system
The top five reasons why you should ditch gas and go all-electric at home
Proposed "Solar Tax" Misses the Mark